Have you ever taken a moment to look at a sheepskin rug? I mean, really look—closely enough to take in the creepiness?

As soon as you realize that animal skin was once … well, skin, you’ll never be able to scrub the idea from your brain. More about

The good news is that you can create gorgeous interiors without suffering, and as more and more consumers seek animal-friendly options, they’re becoming easier and easier to find. Welcome to cruelty-free, vegan interior design.

Here are some simple ways to save animals by making a few modest changes to your decor with materials and furniture that don’t originate with a living being. Imagine the impact that we could have on animal welfare if chose to be cruelty-free the next time that we went shopping for a home or office decor.

Humans have been using feathers in their homes since the days when homes were caves—but this is one design idea that should be relegated to the history books. It takes the routine torture of 12 geese or 30 ducks to fill just one standard-size pillow. Every six weeks, birds’ feathers are plucked out, sometimes leaving gaping wounds. Their torn skin is sewn up without anesthetics. Birds often die from the trauma of the experience alone.

Thank goodness that it’s 2016 and that modern science has given us synthetic fill fibers that are just as soft as real down, with the added bonus of being hypoallergenic. So the next time that you’re looking for comfy bedding, look for down alternatives. They’re awesome. They have the feel of real down, and if you have allergies, they’re a win-win choice.

Although there has been some controversy about whether angora rabbits originated in Turkey or France, there’s no doubt that these animals have been used to create bunny-soft yarn since the early 18th century.

On today’s farms, to make commercial angora, fur is torn from captive rabbits’ skin every three months while they scream in pain. Rabbits very rarely make noise, so you can’t or at least wouldn’t want to imagine the excruciating pain that these animals endure. After a few years of terrible suffering, those who haven’t died from shock are slaughtered. This is more needless torture, especially considering the fluffy and economical acrylic yarns on the market today. Many of the faux alternatives are very soft and not scratchy like real angora can sometimes be. They’re wonderful options. Humans began using leather in prehistoric times to make tools and clothing in order to survive. Back then, there were no other suitable options, so we’ll give them a pass. But these days, with so many durable synthetic substitutes that look and feel like the real thing, there’s no reason to use leather at all—especially for luxury items such as designer furniture. Did you know that it takes five adult cow hides or eight baby cowhides to upholster a standard 80-inch, round-armed leather sofa? That’s an awful lot of death for a place to hang out and watch movies. Faux leathers not only save the lives of animals but also are durable and less expensive, in addition to not smelling like hide. Faux leathers are great for animal guardians and spaces with kids. How many times a day does your newborn spit up? Try cleaning that mess off a real leather sofa—but cleanup with vegan leather is fast and easy.

Ponyskin has been used since before recorded history, but most people who admire a pony-skin chair in a showroom think there’s no way it was made from actual ponies. They’re wrong. Not only were those real-life ponies born into the deplorable conditions of factory farms, they were also sent to slaughter while they were still only babies.

There are synthetic alternatives that mimic pony skin, but the look becomes a lot less appealing once you learn about the viciousness behind the real thing. Why design a space with furniture that looks like it came from a tortured being? In my opinion, that’s bringing a lot of negative energy into a space. I prefer designing spaces that have no relation to cruelty or death. Early humans kept sheep for clothing, shelter, and food. But sadly, modern people never let go of that practice. Sheep shearers, who are paid by volume, not by the hour, are forced to rush their work at the animals’ expense. During shearing, sheep sustain torn skin and strips of their tails, ears, and teats are ripped off. I’ve seen hidden-camera footage exposing how workers viciously throw sheep on the ground, break their necks, and commit other hideous acts—all just for wool.

The ugly truth makes turning to cozy wool alternatives such as Tencel and bamboo silk a beautiful choice. It’s almost impossible to tell the difference in texture and look between wool and the animal-friendly options. Plus, cleaning up spills on a “wool” rug is much easier with a faux alternative.

Take a look at this famous sofa (hopefully faux) that shares the screen with the very sexy Austin Powers.

The wonderful thing about becoming aware of animal exploitation in interior design is how easy it is to make a difference. By choosing the luxurious vegan options that are available everywhere these days, you can save animals without sacrificing style. I believe that luxury interiors should look good, feel good, and do good.

And when you go faux in your design, you can go to sleep at night and count sheep guilt-free. 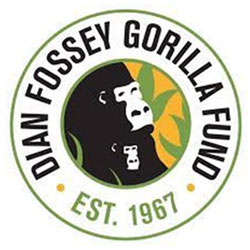